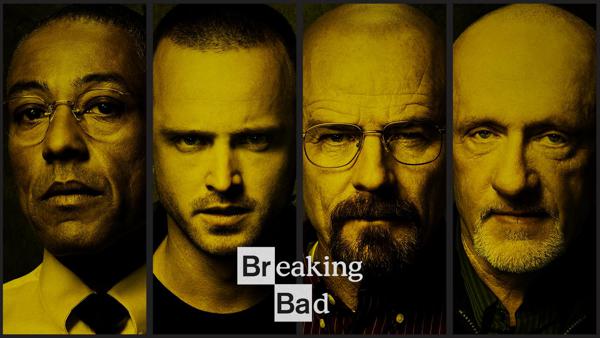 Where you can watch?

You can stream Breaking bad in Netflix, it's an old series so you can easily get any pirated sources like telegram or u torrent.

I'm sure if you're like me, who spends a considerable time to check reviews and awards of the tv show/movie that you're going to watch, then this blog is for you. please leave your review in the comment section so I can improve it on my next blog.

Before you continue reading this blog, there will be some spoilers regarding simple plot points and character development.

Who would have thought that a school chemistry teacher, Walter White, played by Bryan Cranston, would be the greatest character television has ever created? Breaking bad is not an overnight success, nor is the adoption of the highly successful novel; It's just a sheer brilliance of Vince Gilligan and the stellar cast of Bryan Cranston and Aaron Paul.

Back in 2008 when Breaking Bad was aired on AMC, show creators Vince Gilligan and others were not sure that the show would become a success or stays for a longer run, As a result, season 1 consisted only 7 episodes. However, season 1 brought in some good reviews and viewership, which led to the creation of a historic franchise.

The plot follows the main character, Walter White, a nerdy high school chemistry teacher based in Albuquerque, New Mexico. After finding out that he has lung cancer, Walt finds himself at financial risk which leads himself joining forces with a former student of his, Jesse Pinkman, to cook methamphetamine (meth). Throughout the show, we see Walt and Jesse work to create the "Purest" form of meth that anyone in the world has seen. As the season progress, we see Walt and Jesse work to become the biggest name in the drug world all while keeping their secrets hidden from their family.

In the series show, the creator does not leave any stone unturned, the show is almost perfect that you will find the relation between each and every scene from the dress colour to shapes used it's just a masterpiece.

This may seem like a stereotypical dram show, some may even discount it because it is more than five years old. However, in its five seasons, Breaking Bad has won 110 awards and rated 9.5 in IMDb. So, if you ever find yourself on taking a suggestion on which show to watch, consider watching Breaking Bad. I promise you will not be disappointed.

Adding some tweets to show how famous is breaking bad.

Here’s something I should have tweeted in 2013 but I’m way late to the game. I just finished Breaking Bad. What an unbelievable show. It’s the greatest show of all time. How can any show ever be better than that? Wow.

Bryan Cranston won all the Emmys for Breaking Bad but he's finally got his first Oscar-worthy film role: He kills it in TRUMBO. #TIFF15