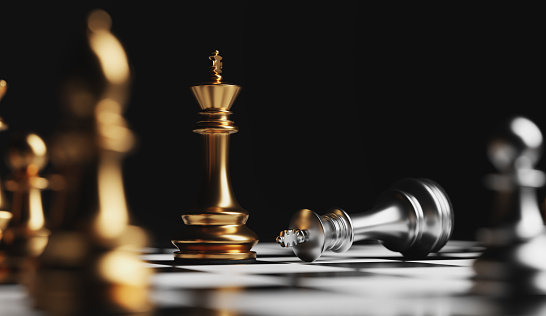 Chess : The Battle of Minds

Chess The Battle of Minds

"Chess is the Gymnasium of the mind."

Chess is an ancient game that evolved in themid-fifteenth century. Amidst lockdown, Netflix's series,"The Queen's Gambit", has brought back the lost charm of chess and has prodded the fashionability of chess. Online chess has attracted innumerous people thislockdown.

Chess.com-a chess garçon website has added around 1 million new members each month since the lockdowns began in March, And nearly2.8 million in November.

In the same month, over 78 million standard chess games took place on lichess-a gratuitous online chess garçon, compared to half as numerous in November 2019.

Chess has so numerous gratuities. So Why not Chess??

It ascends the capability to develop absolute strategies and plans. one wrong move could abate forty good bones. A strategic mind makes one further productive and is a life rescuer in academics and workspaces.

Playing chess is a rigorous brain drill. It's one of the many games that use both the leftism and right sides of the brain. It enhances the overall functioning.

The game of chess requires players to learn colorful combinations of moves and strategies, which helps in enhancing one's memory. Endured players get their hand over the right time to use their tactics.

It improves cognitive capacities. The game trains one to pick out patterns, identify the opponent's move and approach the problem else.

It increases focus and reduces Attention- deficiency/ hyperactivity complaint symptoms, which is the need of the hour for a minimalist.

It teaches one to stay calm and take critical opinions under pressure.

It teaches time operation chops and keeps you alert.

Give it a shot!

So say yes to chess!