Delete the Post - The Frog of the Well Syndrome

The Frog of the Wel… 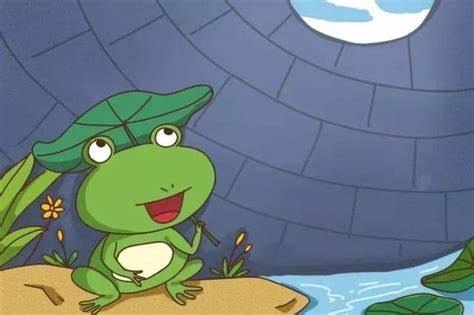 The Frog of the Well Syndrome

Ever met a person who is so convinced that they’re the absolute best at something and your opinion just doesn’t matter? Well, congratulations! they are the perfect specimen of ‘a Frog of the Well’.

So, what exactly is the frog of the well syndrome? Let me begin with a story. Long ago, in a well in some remote village, lived a frog. He was big and heavy and could leap the farthest and croak the loudest among all other frogs in the well. For him, the well was the only thing he had seen all his life and not a piece of land more and naturally, he thought that was all that existed. As a result, he announced himself the king of all the frogs in the world. Now, the sensible other frogs were smart enough to sense the logical flaw in this. But since they didn’t care, they continued with their day-to-day activities. Soon the big frog started bossing around the other frogs, demanding free food and labor from them. The sensible frogs were naturally unhappy about this. They refused to be led by an idiot who thought that the well was the only world and that he was the king of all. So, they hatched a plan to teach him a lesson. They all gathered around and told him that in order for them to accept him as their leader, he would have to perform a sacred ritual. The big frog was eager and willing to do anything for free food and labor so he asked them what he had to do. The other frogs cunningly set up a plan. They asked a crow friend of theirs to get an old utensil large enough to hold the Big Frog. Then they asked him to get on it and said that the crow will take him to the frog temple where he has to pray and come back. The Big Frog was delighted to hear about the easy task and said he would leave right away. But the frogs had asked the crow to drop the Big Frog into the nearby river and leave him there. When the frog landed, he was shocked to see the river and even more when he saw frogs twice his size. They soon started bullying him and making fun of him. The next day, he was caught surprised by a crocodile who feasted well on him.

So goes the story. Although this story is just meager folklore, the understanding it provides suits the modern world in an apt way. It represents how people think too highly of themselves and how although it isn’t true, it causes a lot of issues to the people around these ‘frogs’.

The well in the story is the limited environment or exposure or the group of people the frog has been exposed to all life that puts it into a sense of self-superiority that grows eventually making it think that it is the best among the rest. It doesn’t really know that there is another world, a much bigger world, outside its small well. It tends to start so highly of itself that forget arguing, it feels it’s above the argument itself. This is most seen in the political opinionists these days who refuse to take any argument from the other side and claim that they know everything yet unbeknownst to them, they mostly know nothing.

The best way to deal with frogs is also just like in the story, showing them how the world is outside the world they’ve built for themselves. Making them realize that they aren’t the greatest and that there is a world outside that is much greater than they are. And that is how you deal with a Frog of the Well.