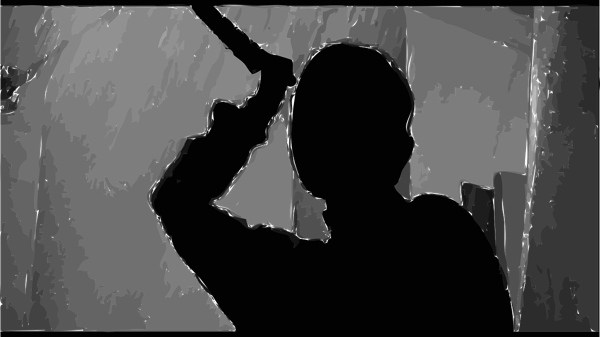 Avinash and his entire hostel, along with other hostels are woken up by the noise of an ambulance inside their campus. When they go to see what the matter was all about, they find out that something had happened near the Information Technology department which was their department. Upon closer inspection, they figure out that there has been a very bloody death (or murder) of the HOD of their department, and a man they weren’t very fond of, Shriram Lakhani himself! The entire crowd is left in a state of shock and disbelief.

The crowd had begun thinning out. Not because they didn’t want to know what had happened, but because they had to get up in another few hours and stay in the same campus for almost 9 hours again. So, they preferred a few more hours of sleep rather than some news and gossip. This time though, luckily, the watchman had been good and opened up the main door to let us in. I smiled at him. He grunted in response.

I went inside my room and sat on my bed. Prateek still hadn’t come back. I was still in a state of shock. How? Why? When? Where? All sorts of questions started popping in my head.

“It’s a murder!” Prateek announced as he came back.

“What the hell?!” I said “he was murdered? On campus? In our department?”

“Yes, yes and yes. 8 visible stabs to the front body. Can’t say exactly how many yet” he said.

“Oh my god! 8 stabs?” is said and went silent. It was all very confusing. The HOD of our department had been brutally murdered in the same department and no one had a clue why.

“Why would anyone kill Lakhani? I mean, I know he was the grumpiest man alive probably, but murder, that too that brutal? jeez even I didn’t hate him that much and the guy had flunked me twice.

“I don’t know man and honestly, I don’t even want to know. The prick that he was,

he had it coming.” he said.

“Hmm” I said, still lost in thought. “But murder is a tad too far, no? I feel it’s something different.”

“Yes Sherlock. I’m sure there’s something behind this but I am too sleepy to be your John today, so can we sleep? Its 4 AM!” he said.

“Oh yeah sure, sure” I laughed and lied down again. It could hardly have been 2 minutes and Prateek was already snoring. God! How does this guy sleep so easily even when there has been a brutal murder hardly a hundred meters away? I closed my eyes, still thinking of what could have happened or who could have done it.

“Wake up man! Wake up for god’s sake!” Prateek was shouting. He was in his underwear trying to get his pants on. “It’s 10!” he shouted again.

I looked at my watch which said it was 5 past 10 already. “Shit! Shit! Shit! I said getting up hastily and running to the bathroom, grabbing hold of my toothbrush and paste.

“There’s no time to take as bath now, just wash your face and get ready quick!” he shouted as I closed the room door.

“Joke’s on you, I haven’t bathed for the past 4 days...” I shouted from behind

“What the …?” I could hear him swear as I ran towards the bathroom.

As it turned out, we weren’t the only people late that morning. Me and Prateek entered the class at 10:20, late by 20 minutes. We were ready to be kicked out for being late, but to our surprise the class hardly had anyone. The professor yawned as he signaled us to get in, indicating that he had been awake too. The entire class looked gloomier and lazier than usual, the aftermath of yesterday’s incident.

Another thirty minutes into class, a peon walked in with the announcements register. The professor took the book and read the announcement to himself first. Now I may be wrong, but I felt he smirked for a micro second indicating it was going to be either a holiday or about exams. He turned to the class and reading it out aloud.

“The faculty and management of Genesis Institute of Technology are extremely sorry and grieved to inform about the unfortunate death of one their esteemed faculty late Shri Shriram Lakhani. The institute mourns the loss of one of one of its gems. He was a man with great honor and was respected and loved by many. The institute offers its deepest condolences to his family and wishes that god gives them the strength to deal with this immense loss. In respect for his soul, the college has decided to declare today i.e., 12th and tomorrow i.e., 13th December a holiday. All lectures after the first are suspended and the students can go home.” For a moment the class forgot it was a mourning holiday for the HOD of their own department and started hooting in happiness which died down pretty quickly and they hung their heads is half shame. The professor waited for the noise to die down and looked at the class from above his spectacles with a disgusting look, forgetting his own smirk a few minutes ago. “… signed, the Principal, Genesis Institute of Technology.” He looked at the class again with the same disgusted expression like before. He seemed more pissed on being interrupted than by the students hooting for a condolence holiday. He signed the register and soon after dismissed class. Prateek met me at the 2nd row where I used to sit. He was a back bencher himself but still would easily get straight B+s in every subject.

As we walked out, we saw the sealed room 10, the room where Lakhani was murdered. I peeped in through the windows near the corridor and saw chalk marks inside, encircling the evidence from last night's crime. The farthest row from the window had loads of blood which still hadn’t been cleaned to preserve evidence perhaps.

“yea, coming” I said as I tried to glance the room for the last time.

“Must be a psychopath, this guy why else would you murder someone so brutally”

“Hey! What happened?” I asked.

“Nothing man, have 4 assignments due in two days. Was thinking about that.”

“Arey! Don’t worry about that, you can copy mine” I said.

He spent the rest of the day completing those assignments while I studied till noon and left for a game of cricket in the evening. I came back at around 9:00 pm, I freshened up and had dinner in the mess. Prateek too had finished his dinner and set up his bed.

“Sleeping early today as well?” I asked him as I entered the room.

“Yeah man, had 4 assignments to complete. Can’t sit any longer” he said and yawned.

“Great, even I’m tired from today’s match. Didn’t sleep yesterday night as well, so even I’ll sleep probably” I said.

“Sure, man Good night, I’ll go fill up my bottle at the filter and be back” he said

“I have water too, you can have some, it’s fresh” I asked him offering my bottle.

“No issued, the filter is just a few steps away and plus ill need more water anyway so…” he shrugged.

“Sure, sure” he said and left the room.

I drank some water myself and lied down. Guess I was too tired that day, within minutes I was fast asleep.

“Get up Avi! Wake up!” Prateek was shaking me violently. “get up! Now!”

“What happened man? Is it 9 already?” I looked out of the window. It was still dark.

“Why are you waking me up, let me sleep bro, I’m really sleep” I said and closed my eyes again.

“Get up Avi!” he said. This time loudly and firmly.

I was alarmed, I sat up on my bed. “What happened Prateek? What’s the matter?” I asked

“Tripathi? Who Tripathi? The princi? What happened to him?” I asked still half asleep. 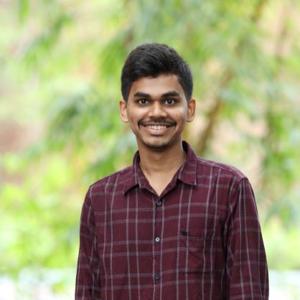 This is becoming even more interesting 🤩 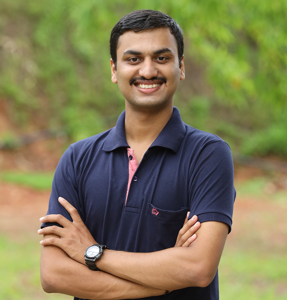 Wow! Can't wait for the next part.