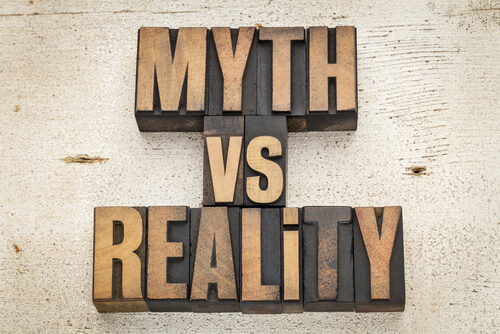 We all know that Myth is a set of beliefs that people created or transferred from generations to generation and reality is something that exists all the time and it is independent of what each one believes. Why is there always this comparison between myth and reality? The answer is simple, we all wish that some of the myths that we carry on were reality or we are in constant struggle to prove our myth into a reality.

The closest we have come to myth in our childhood is Mythology. Ramayana and Mahabharatha are termed as Mythology? The reason behind it is that there is no 100% or in most cases 1% evidence of certain events that occurred in these stories to be found in our world. But But But, does that make it fake? No, Not at all. We all know that there exists places, temples, archeological evidences to some events that we have heard in these stories, but they fail to make it a 100% reality as the story we heard itself has undergone a significant change in terms of characters, their motives, the results and even the side they belonged to, Mahabharatha would have been a simple true story for the first listener, but then it got edited and modified according to the collectability of memory and personal motives of authors which resulted in adding of things which haven’t been occurred in reality making the whole story a Mythology. That doesn’t make it less of a legend or the greatest work ever, it just implies that the morals and the outcomes of the story are important for any religion and not the proof of that being happening in reality.

Another instance of myth vs reality comes with conspiracies and supernatural explanations of certain events like the moon landing and others. Truth to be told, we all love myths as there is nothing to do with reality as it is still and constant, but we have a creative mind that can play with possibilities of Myths surrounding a situation including how your neighbor got rich in lockdown and why Mumbai Indians won IPL this time also? Ghosts are the next closest myth reality conflict that we all like. I have heard this story from my friend's father that once a girl suddenly popped in front of their car which was going at a high speed in an NH and they felt as if their car hit her but no one was there. I know that there is no actual ghost in front of that car being hit and still survived that. We all know deep down that horror stories serve the purpose of creating some great times surrendering ourselves to the unknowns of this universe.

Thought of ending this in a motivational tone. Life is all about creating a reality that was a myth for others till you prove it with your blood and sweat working towards it each second believing in yourself more than any voice in the world resonating it with your work resulting in what we call a dream come true moment.