The Thin Line of Fe… 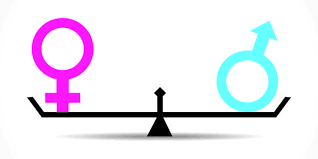 The Thin Line of Feminism

What is Feminism?Feminism in simple terms means equality among the genders, which does not abide by the patriarchal construct.

This is what google says. Feminism has more to do with equality than it has to do with “not being girlish”, or “crazy about women”

Nowadays it has a lot of definitions like “a word to impress girls”, “a license to abuse Men”, “ A source of gaining followers” and “ a right to have 5 boyfriends “. Do we know what feminism is?Yes, we know..we all know what it is and why is it relevant now. I am not spending time on explaining it. Why are we still stuck in patriarchy? The Answer is we are stuck in the word feminism without implementing the concept of feminism. We all shared posts of Mithali Raj, Mary Kom, and many others on women’s day. Major reason being, we will look “cool” and “woke” in front of others. If we want to make a change we should start respecting all human beings irrespective of their gender. My point of view also includes to behave equally with all in every emotional situation. if a girl does something bad to you, you should respond. If you don’t react just because of her gender, that’s also sexism. This reminds me of that scene in Deadpool where he asks the audience whether or not to kill his enemy who is a girl. It is so funny as he asks if I kill her won’t that be sexism? And then he pauses and asks if I don’t kill her won’t that also be sexism? if you find me sexist just because I didn’t give a female superhero reference let me ask you. Did all of you who saw Black panther watched captain marvel in theaters? Most of you might have gone. But not all. The reason being we are skeptical when it comes to women-centric films. But I am not against that, it is your money, your choice as Neha Dhupia said. Do not watch any women-centric movies to promote feminism. That is not feminism, instead spend money on the education of a girl child. I guess you got my point. No need to promote women in places where it is not needed. And same with men. Qualifications and skills should decide results, not gender. I know, no matter how much you try to explain this fact, you will be labeled as sexist or pseudo-feminist. I know this is a controversial topic. But what to do? I like controversies.