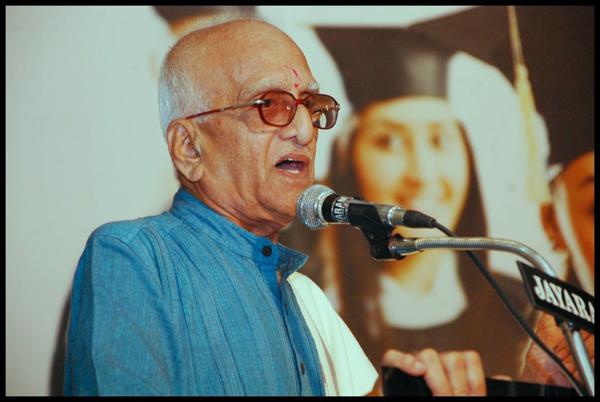 Born on November 6, 1934, Basti Vaman Madhav Shenoy, was the son of Basti Madhav Shenoy and Gowri. His father was the booking agent of CPC Bus Service of Mangalore and was well known for his leadership qualities. Vaman Shenoy studied at SVS High School in Bantwal and passed his 10th-grade examinations in 1952, post which, he wanted to pursue higher studies to become a teacher. But, his family's financial conditions made him leave school and work alongside his father. When his father passed away in 1957, the responsibilities that his father bore fell upon the shoulders of Vaman Shenoy, now a 23-year-old man.

Inspired by Thonse Ananth Pai, Vaman maam started concerning himself with the political activities of the Indian National Congress, following which he helped establish the Saraswathi Kala Prasarak Sangh and Saraswathi Sangeeth Shala Bantwal in 1958. He was an avid gym-goer and was an active member of Yashvanth Vyayam Shala. He also took a lot of interest in participating in the Konkani drama and theatre societies.

He was soon asked to work at Syndicate bank, which he agreed to. He was promoted as Officer shortly for his marvelous performance. Very soon, by 1968, he had become the manager of the Raibhag Branch in Belagaum District. In 1972, he decided to join Rotary International to organize Eye and Dental Camps. In 1974, when the villages on the banks of River Netravati flooded, he set up relief camps for which he received many awards.

He became involved with the Konkani Bhasha Mandal in 1980, but his activity skyrocketed after his voluntary retirement in 1992.

By 1993, he had climbed to higher ranks and became the President of Konkani Bhasha Mandal. His continued efforts in 1994-95 resulted in Karnataka Sahitya Academy coming into existence.

In 1996, New Jersey was witness to the first American Konkani Convention. In 1997, Vaman Shenoy had become the President of the  Karnataka Konkani Sahitya Academy and went on to served for two terms till 2001.

WKC was inaugurated at Shakti Nagar, in Mangalore in 2009 and it consisted of a Library, Museum, and convention facilities which made it a world-class place to be at. The year 2010 saw the inauguration of Vishwa Konkani Bhasha Samsthan (World Institute of Konkani Language) and World Konkani Hall of Fame at World Konkani Centre.

In his life, he has been at the receiving end of a sea of accolades, but none of them were as illustrious as the Rajyotsava Prashasti that he received in 2010.

Now, at the age of 86, he is just as energetic as he once was. Not once have we seen him tire, and I doubt he ever will. With a passion like his, we are all blessed to have known him.