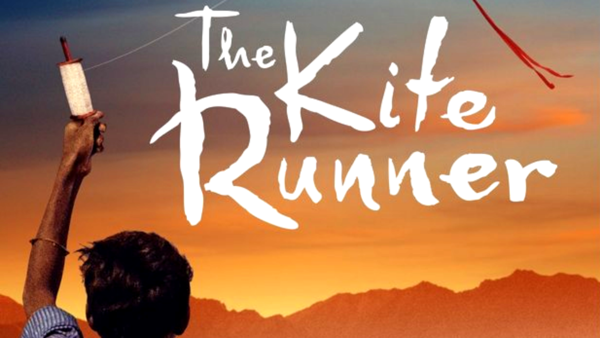 The Kite Runner, Khaled Hosseini's quietly compelling debut novel, lives up to the promise of fiction, arousing curiosity about the world around us and speaking truth as history's lessons resonate down the years. Themes that run through the film are universal: father-son connections, the cost of disloyalty, the inhumanity of a rigid class system, and the horrors of war.

Amir's first memories of life in Kabul, Afghanistan, are enriched by a cultural legacy that values tradition, blood relationships, and a strongly ingrained cultural identity. Amir, the son of his father's old Hazara servant, Hassan, is an upper-class Pashtun who enjoys the luxury of education, material comfort, and a constant playmate.
In his relationship with Hassan, Amir is morally tested twice in his lifetime. Amir fails his partner for the first time, a victim of his own ego. Amir chooses the path of least resistance, hiding behind his class superiority, but the scar of betrayal slices through his spirit and never heals. Amir's inner monologue is dictated by that first failure throughout his life, even in America, until he is given another chance at personal redemption. The second task, returning to his country at the request of an old family friend, is just as dangerous, and Amir understands the gravity of his decision. This internal conflict is the novel's central theme, which spans Afghan history from the calm 1970s through the Taliban's brutal control in the late 1990s.

Amir's existence in Kabul and America is intertwined with a perilous effort to maintain Afghanistan's cultural legacy on the global stage. While Amir and his father are secure in America, their nation is ravaged by relentless fighting — alleys packed with beggars, fatherless youngsters whose future is diminished by poverty: "In Afghanistan, there are a lot of children, but little childhood." Winters spent "kite running" with Hassan as a kid seem a million miles distant, highlighted by the boys' unbridled innocence.

Against this grim backdrop, the mature Amir is tested as never before, tasked with the preservation of a young life already wounded by the random brutality meted out to the dispossessed. Hosseini conveys Amir's terrible position with extreme compassion and breathtaking simplicity. Complications abound, but humanity's propensity for kindness holds the key. Acceptance's grace heals the wounds of brutality, for forgiveness opens the door to anything, including the wild delight of soaring kites against a winter sky.

The complexities of Amir and Baba's relationship, as well as how the dynamics evolve through time, are one of the novel's main themes. While Amir spent the majority of his childhood and adolescence yearning for Baba's acceptance and praise, their migration to California drastically altered their relationship. Baba's fatal cancer diagnosis has forced him to rely on Amir, and he has finally let down his guard.

Two of the other topics in the spotlight, guilt and salvation, are inextricably linked and cannot be separated. For the majority of his life, Amir guards his guilt and spends years attempting to suppress it. Years later, though, Hassan's terrible death drives him to seek forgiveness by saving Hassan's son, Sohrab.

The whole book is a masterpiece filled with beautiful euphemisms and is a must read for anyone willing to brave the emotional devastation that this book will no doubt cause.