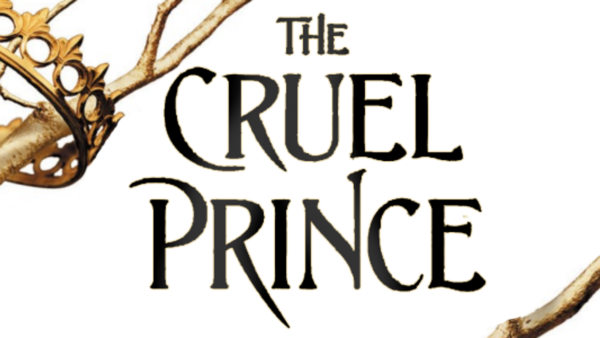 For a book I avoided reading for 3 whole years, The Cruel Prince by Holly Black surprised me, and pleasantly so. Don't get me wrong, the whole book was difficult to wade through, because of my preconceptions, but, it did manage to be quite gripping.

Allow me to elaborate on the plot:

Jude Duarte, a human residing in Faerie's realm, is the protagonist of The Cruel Prince. Jude's parents were murdered when she was seven years old, and she and her two sisters were brought to live in the terrifying High Court of Faerie. Jude, although being human, wants nothing more than to belong to the creatures who took her from her home after ten years. However, most fey, particularly the King of Elfhame's youngest son, loathe humans. She must oppose him and her mortality, which she has worked so hard to maintain in Faerie, in order to gain a place in the Court. As a result, she becomes enmeshed in the High Court's intrigues and deceptions, revealing her own capacity for violence and bloodshed.The Cruel Prince is a fascinating and engrossing read. The book's style is distinctive, and its dark political intrigue startled me. The world of Faerie has a whimsical and wild vibe to it, but the actual construction of the world is a little more hazy and mythical. The key locales in the books have a strong presence, but the landscape of Faerie isn't as substantial, requiring the reader to use their imagination to truly bring the setting to life.

However, while the novel's world building is excellent, the characterization is the book's most compelling feature. I was repeatedly shocked by the characters in this book. They had numerous layers, and their behaviour at various points throughout the narrative contradicted my first thoughts of each of them. You'll be torn between who to cheer for because all of the characters are complex, ruthless, and crafty. Even the 'good' characters have weaknesses that make them more realistic and sympathetic. Particularly the 'villains.' Because the author does not take away their human aspects, their character development is excellent. They still love, care, mourn, and even show compassion, but there is something holding them back from doing the right thing. Several times while reading this novel, I found myself doubting who the 'villains' and 'heroes' were.Jude is a really enjoyable heroine to follow. She appears to be written like other female characters in YA books, boring and unrelatable at first, but as the novel progresses, readers learn that she has a lot of depth. It's encouraging to watch her take action and take control of her own destiny. She wants to be strong in order to overcome her fear. She aspires to be something greater than a mortal. She has a surprising propensity for cruelty, leaving readers unclear of her moral compass at times. Her vulnerability, obstinacy, and attraction to the dark are the traits that define her story.

Overall, The Cruel Prince is a dark narrative full of betrayals, an enemies-to-lovers relationship, and characters with depth and weaknesses, with an ending that is both heartbreaking and rewarding. The Cruel Prince was a fantastic read that I would recommend to anyone looking for a dark fairy tale.