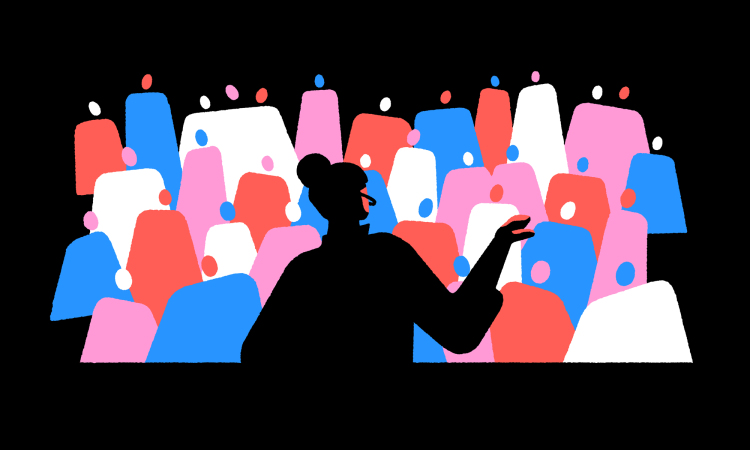 You are one of the audience. You get the golden opportunity to listen to the best orators and their best speeches. The curtain is yet down. The audience is yet silent. But you can feel it. The excitement of the crowds. The podium, silent yet salient, waiting to be split open. The stage, growing impatient, with a slight craving to be shaken by the best.

Suddenly, there’s a shiver through your spine. The audience cheers.

“Friends, Romans, countrymen, lend me your ears” - is, without a  doubt, one of the most well-known opening lines in history.

Mark Antony’s situation is not an easy one. The conspirators who orchestrated Caesar’s death already suspect him. The only reason he was allowed to speak at Caesar’s funeral was on the condition that Brutus would speak first. Brutus shows exemplary oratory and convinces the crowd that Caesar had to die because of his ambition. However, Mark Antony has the last word.

Starting off with “Friends, Romans, countrymen…” Antony establishes that he is one of them. However, by speaking in blank verse, he establishes authority over them.

In all his indirect mockery towards the conspirators, Mark Antony brings appeals to the emotions using phrases like  “Caesar was my friend, faithful, and just to me.” Showing the torn robes of Caesar, he brought about sorrow and guilt. And when the crowd were most vulnerable, he secured their anger by reading Caesar's will and managed to rile up the crowd “to rise and mutiny!”

Brutus’s oratory is no match for Antony’s duplicity and persuasion skills. Convincing the Romans about Caesar’s innocence and to revolt should’ve been hard enough after Brutus’s speech. But doing so in a discreet manner from the conspirators? Near to impossible.

That is Mark Antony’s genius. He plays with the audience as if they were toys. He makes them want to revolt. He doesn’t force them. Antony’s speech shows us that there’s no clear demarcation between the art of persuasion and that of manipulation.

The “I have a dream” speech by Martin Luther King Jr is considered one of the most famous speeches in history, despite the passage of half a century since its occurrence.  With references to the country’s founding fathers, the Bible, and the Gettysburg Address, his speech was definitely well-researched.

He used a lot of imagery, alliteration, and rhythm throughout his speech, making his speech nothing short of poetry. The rhythm helped in bringing home some important points.

His speech consisted of 2 parts. The first - where he painted a picture about the problems faced by the black community and the second - where he showed his ‘dream’ of racial integration and equality.

Nearing the end of his speech,King’s passion and spirit completely swayed the crowd. With phrases like - “a desert state sweltering with the heat of injustice and oppression, will be transformed into an oasis of freedom and justice,” the crowd was able to envision everything King was saying. His words, forming the dream. His heart, resonating with every other heart in the audience.

His body language conveyed strength and hope, while the location at which the speech was delivered played an integral part too. It was on the steps of the memorial to Abraham Lincoln, who had defeated the southern states over the issue of slavery. His words were so passionate that not only did they instill a sense of realisation among the black people, but also managed to infuse a feeling of guilt among the whites.

However, it was the sincerity of his words that made it such an exemplary speech.

What they did and what one must learn, is the difference between a speech and a performance. In a performance, words are just a part of the arsenal. So are intonation, movement, emotions, apprehension and mystery. And an arsenal is only as good as the strategy and tactics of the speaker.

To be a good speaker, one needs to identify with the audience, understand their emotions and share their sympathies. One must not manipulate the crowd to listen to you and instead, persuade them to do so. Always remember to show your vision to the audience with your body language. Let it resonate what you’re saying. Most importantly, a great start and finish is a necessity. However, in the end, it all comes down to how well you prepare.