Delete the Post - If I was in my favourite fictional movie

If I was in my favo… 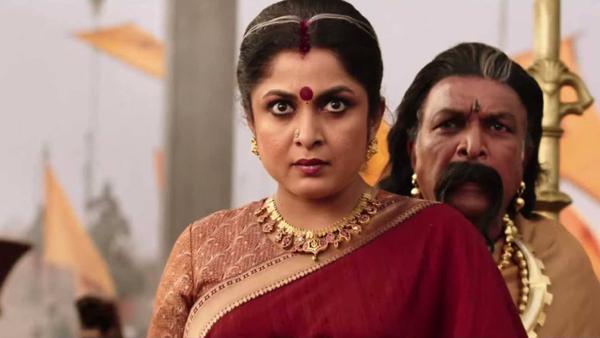 If I was in my favourite fictional movie

Fictional movies never fascinated me until I watched Bahubali. The characters, the grand display of the palace, the war scene, the songs, and a lot more fantastic aspects of the two movies of the Bahubali series had me in awe. I would always just imagine what if I were a part of this movie? Which character would I wish to be?

I definitely would wish to be Rajamata Sivagami Devi. The movie is set in a kind of ancient time, where women probably didn't have much powers and rights and yet she had the courage and strength to rule the entire kingdom while raising two children. She did both the tasks efficiently. She has the perfect decision skills, was a perfect mother to both, her biological son and Bahubali. A fearless lady, powerful, strong and yet kind and helping, who doesn't wish to be such an ideal woman?!

Even being such a brilliant woman, Sivagami Devi is definitely blinded by love for her son. This is one thing I wish I could change in her character if I was in her place. Promising marriage with a princess without her consent just because Devasena is from a smaller kingdom is such a blunder. Following this she keeps on misunderstanding Bahubali when he was perfectly right. She never made an attempt to cross inspect the situation and understand if it was true or not. Even when this is the main essence of the movie, I would definitely not wish to make such a mistake and turn into a fiasco.

I also love how her character ends and that's something I would really appreciate and would do if I were in Rajamatas shoes. She understands and learns about her mistakes. She regrets them, begs for pardon and sacrifices her life for saving Bahubali's son from death. I would undeniably be Rajamata Sivagami Devi, in Bahubali, if I were in it, for she goes from powerful to indecisive and then to a perfectionist who rightfully corrects her mistakes. She goes through all phases of life, a perfect blend of everything.