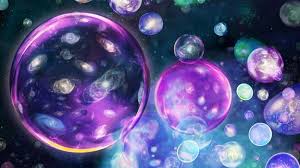 Multiverse, do they exist?

Now from time to time we might wonder, is our universe the only existing verse?,

If the answer is No, then itll open up with a lot of mysteries and possiblities, there is a concept called the Multiverse theory , where it explores the possibilities of other alternate and parallel universe's,

Now what exactly is a parallel universe ???

Lets say you toss a coin and youknowthat the probabilty of landing either heads or tails is 50/50. Now you toss a coin , lets say u get heads , this is was the outcome in your present reality, but what if there existed an alternate universe where the same action of you tossing coin ends up resulting in tails??!, and what if another reality exists where the coin toss results in neitheer head or tailss?. Exciting isn't it ??, where your action can lead to many possible outcomes in alternate realities!!.  Now this alternate realities or universes which have the same properies and follow the same rules of physics as our universe , which co exists with our universe is known as Parallel Universe

This theory of Multiverse , existed even during ancient times, where they proposed the concept of infinite parallel worlds. Erwin Schrodinger in 1952, gave a lecture, where he warned his audience that what he was about to say might seem crazy. He said that his equations seemed to describe several different histories , not alternatives but all really happeninng simultaneously. Now this sort of duality is called as Superposition.

This theory is based on  how we see the space time as a  whole, where some areas's of space stops inflating like how the big bang explosion inflated our own universe. If we see our own universe as a bubble, then it can seen as it sitting amisdt other network of bubbles, the interesting in this theory is that the other universes might follow different laws of physics than our own.

This theory follows the laws of quantum mechanics, and this theory is modelled around the law of probability, that it says that for every result from your decision, there would be other universes , where the outcome would be different in each and every universe based on ur decisions.

Now what if the multiverse theory when though in theory what if its true ?

If multiverse theory is proven to be true then, that is if infinite number of universes do really exist then the how we perceive things changes entirely, Whatever you believe that is whether god exists or not ? everthing is thrown into question . If an infinite god exists , then infinity that is god can be expressed by science and would once and for all would put an end to the debate.